ICO Alerts. If you’ve ever touched, researched, or thought about getting into the wonderful world of ICO’s you’ve probably encountered this site.

They’ve been keeping track of a huge number of ICO’s for quite a long time, and are generally known as the top list for upcoming and existing ICO’s in the space.

In this episode we do a really impromptu episode where Evan from ICO Alerts and I go back and fourth asking each other questions.

It was recorded a few weeks ago at a conference, and we had been joking around about a number of topics, so it’s quite casual and a bit silly – but there are some interesting points that we both cover.

It’s a quick one, so if you have 8-minutes and want to hear the Inbetweenisode do jump in. 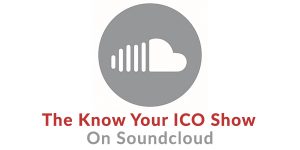